Several months ago I made the decision to acquire a special run of Peter Stone models exclusively for Chestnut Ridge. Around August I ordered a run of 15 Peter Stone ponies (plaited variation) to be painted in bay with a white star and snip and two white socks. I received my customs charge yesterday and immediately went to pick them up.

I opened the box the moment I got it (in the boot of my car) and took out the first one I saw...I was gobsmacked, they are so much more than I could ever have imagined. They are actually beautiful. I am so happy with them it is so nice to have a model that if I saw one for sale I would actually go out and buy. Most of the Stones available in the UK are severely lacking and I would never purchase one (the new UH ones aren't a particularly appealing colour) but if I had seen someone offering this guy I would have bought him immediately.

My guy is called CRS Arthurian Legend and the run has been named 'King Arthur'. I have attached some pictures at the bottom of the thread but there are loads more on his sales page which you can see here:

He is beyond gorgeous and I really look forward to seeing some in the show circuit next year as I'm pretty sure they will do quite well. 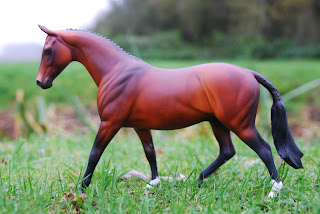 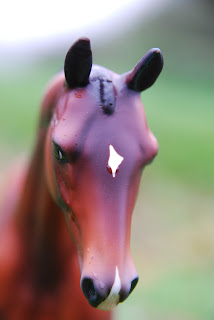 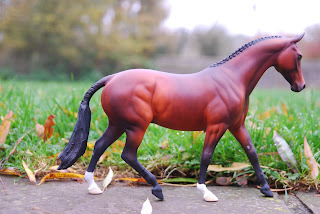 Posted by Catriona Harris at 13:33 No comments: Links to this post