I've been so bad at introducing you guys to all my new ponies! OK so there aren't that many new ponies but it's been so long that I've done any that there are...

So here is the first batch that I photographed for cataloguing this evening. I hope you like them :)

First up we have CRS Cheap Chinese Crap (Cheapo)

Now that probably sounds like a really horrible name! But that is how he was described as he was given to me! So the name has kinda stuck. He has a broken leg that needs a proper repair but you can't really see it in this picture which is good :) He's rather adorable in a strange vomit brown kinda way...I'm rather in love with his weirdness! Secondly we have CRS The Mummy Returns (Mummy)

I bought two of these at a live show before Christmas, this one is the nicest so I will be keeping him and customising the other one...eventually... 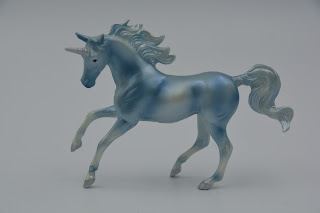 I also picked up this one because I liked the fact he was pink :p He is rather lovely isn't he? 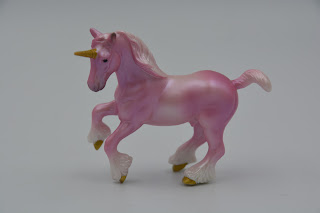 Jelly is a cute little kitten that came as part of the Schleich Horse Club Advent Calendar for 2018. Isn't he just the cutest thing? 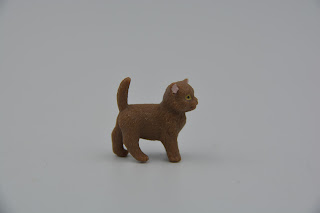 Another one from the advert calendar, this is an adorable little hedgehog! 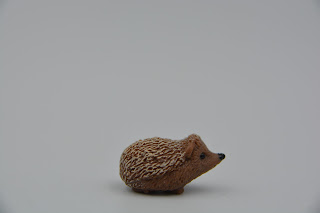 And finally we have CRS Orc (Orc)

Orc is a very cute little baby bunny from the Schleich advent calendar. Isn't he just beyond cute? That advent calendar was pretty awesome this year! 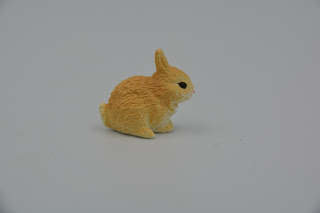 Posted by Catriona Harris at 18:49 No comments: Links to this post