So at the show last week I may have gone a little OTT with my pony shopping. This included phrases such as "it was a really good price" and "but I've always wanted this model" which let's face it are really dangerous phrases when it comes to me and model horse shopping!

So who did I buy? Well in my defence one of these was won in the raffle and I bought one a couple of weeks ago and just haven't photographed him yet, so those don't count right? Well I'm not gonna lie it was a bit of an expensive shopping trip, but not too expensive, I mean Beetle really was a good price, honest.

First up is CRS Beetlejuice

Beetle is a gorgeous AA Warmblood and he really was a good deal! I just fell in love with his colour, is he not stunning? 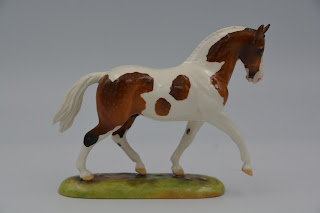 Zero is a Schleich Knabstrupper Foal and is part of the new 2019 range. I found him in a toy shop and, well, finding a Schleich in good condition is so hard to do I just had to give him the home he deserved! 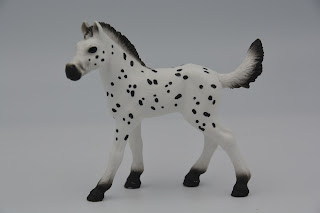 What an appropriate name? I really wanted this one when Donna first created him, but someone beat me to it. So when that person put him up for sale I just had to have him! 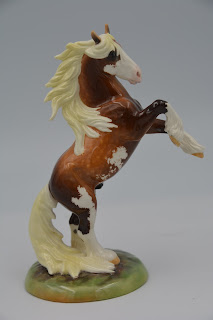 Obviously I needed a new Julip Fjord foal, I mean this one is at least on a different mould! But isn't she the cutest thing? 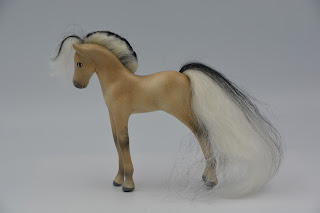 Merlin is part of the new series of Mini Whinnie surprise models and is what I won in the raffle (along with a Stablemate Surprise model that I already have). I love this mould, it is one of the nicest Mini Whinnie moulds, so definitely a good win! He's in good condition as well, so he'll be up for coming to a couple of shows I think. 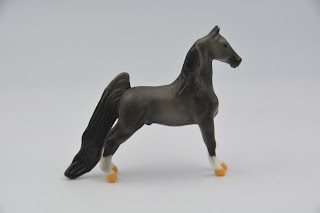 I hope you enjoyed seeing my rather eclectic collection of new arrivals :) I promise to be good at the next show on Sunday and not do so much shopping...honest gov...

Posted by Catriona Harris at 13:09 No comments: