It's Autumn, which means one thing. It is the anniversary of the creation of Chestnut Ridge. An anniversary that is always marked by the selling of our first ever item, Swan Lake: 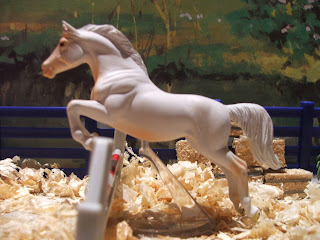 Sold for around £10.00 on eBay Swan Lake was the first ever product that Chestnut Ridge sold. Back then nearly everything we sold was through eBay. After a few months of just selling customs we started selling tack as well.

It wasn't until 2009 that we got our own website. Within a year we had started selling a variety of hobby supplies as well as custom model horses, custom tack and second hand models.

In 2015 things changed a lot, as you can see from this Horse and Hound advert published in Autumn 2015: 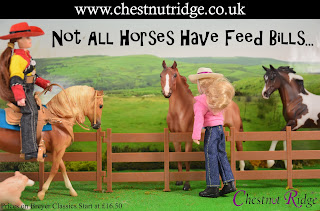 We started selling Breyers, Schleich and CollectA. With hundreds of parcels leaving every month some days I could spend up to 8 hours just packing up models! It was insane!

Which is probably why when given the choice to re-evaluate things I chose to go back to routes. Customs, custom tack and hobby supplies with a selection of second hand model horses, back to our routes and back to what we were 8 years ago.

That said I do miss it, I miss the money (obviously) but coming up to Christmas, the busiest and most stressful time of the year the thing I miss most is the knowledge that on Christmas day hundreds of people will be brought joy as they opened presents purchased from Chestnut Ridge. Because that was always the best part of what we did. And I am going to have a little cry that I won't get that feeling this Christmas.