I am absolutely so excited by my new arrival. Having spent an entire weeks wages on this boy I can say I really don't regret it. I'm so annoyed that tomorrow's show is a minis show, I wish I could take this boy along with me to show! But there's another live show in a couple of weeks so he'll get a chance to go and grace the show ring soon.

So despite not being able to afford it, I just knew I had to have him, he is by far the prettiest of the three (the others are Poseidon and Avalanche). 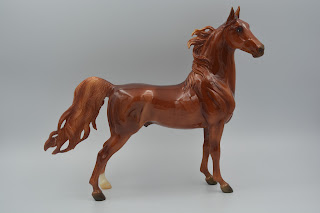 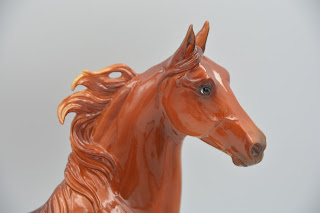 I mean seriously he is SO SHINY

I wacked the brightness up on this one to show you just how beautiful he is!

Am I not the luckiest potato ever? I very much feel that way! I just want to show him off to EVERYONE! LOOK AT MY SHINY BEAN!

O and in further news he of course came with a mystery bag to get decent packaging....I now have three of the blue Unicorn Magnolias! Probably didn't need a third one :p But hey more customising fodder!
Posted by Catriona Harris at 18:30 No comments: Links to this post